What does Sunday Funday mean?

Sunday Funday is when the two best days of the weekend, Friday and Saturday, are over, but you are not quite ready to end the party.

And that’s where “Sunday Funday” begins!

You can either not go to bed at all after Saturday’s party and go straight to “Sunday Funday”, or you can get a few hours rest and start again Sunday morning, no matter what, we are partying again!

You often start with easy drinks such as Mimosas, or the good ol’ hangover cure Bloody Mary, and you keep the party going while day drinking away your Sunday.

Luckily, since you started early, you’ll be wasted and soon passed out by late afternoon, and will get plenty of sleep till work or school on Monday! 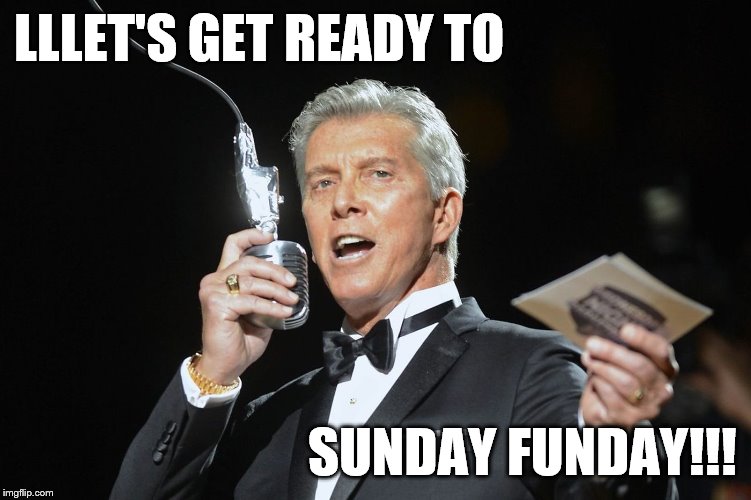 What's the origin of Sunday Funday?

The term was first defined online in 2006, but wasn’t much searched for until 2010, when interest for the wordplay quadrupled, according to Google Trends.

“Sunday Funday” images started out as motivational posters, followed by memes that begun circulating the internet in 2011.

How did Sunday Funday spread?

“Sunday Funday” memes are particularly popular on platforms such as Pinterest and “milder” meme platforms.

Rather than shitposting or general offensive memes, they are shared to brighten your day, and are one of the meme topics that are particularly shared by moms on Facebook.

Reggae fusion band Magic! released their single “#Sunday Funday” in 2015, singing about how great Sundays are compared to all the other days.