Say sike right now is a reaction image, comprised of a screenshot from Super Mario Maker 2, depicting a blue piranha creeper plant with the sentence.

The meme is used online as a way of expressing the trauma the newly learned information has caused and gives voice to the hope of it being a joke only. 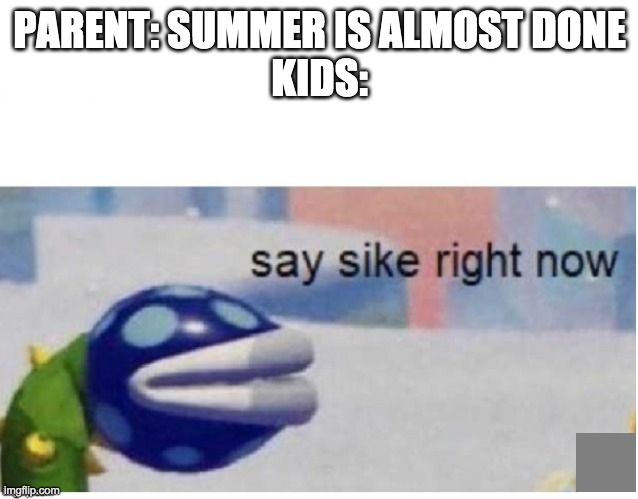 The meme started spreading on Discord after a screenshot of the game, featuring a blue piranha creeper plant was uploaded to Twitter on April 29th, 2019.

It was Twitter user @Joel_Masada who took credit for the meme on July 18th, 2019, posting a screenshot of his Discord post, with the “say sike right now” image macro.

The meme started to appear in various Twitter posts, and later Reddit threads, sometimes supplemented with captions, creating scenarios for the reaction.

“Say sike right now” quickly became a viral meme, appearing in most social media sites on the web by the end of the summer of 2019.