What does Press F to Pay Respects mean?

Press F to pay respects is a popular meme, derived from the action prompt in Call of Duty: Advanced Warfare.

Following the release of the game, the prompt was widely mocked and parodied online as the forced intractability was considered to be out of place in a funerary context. 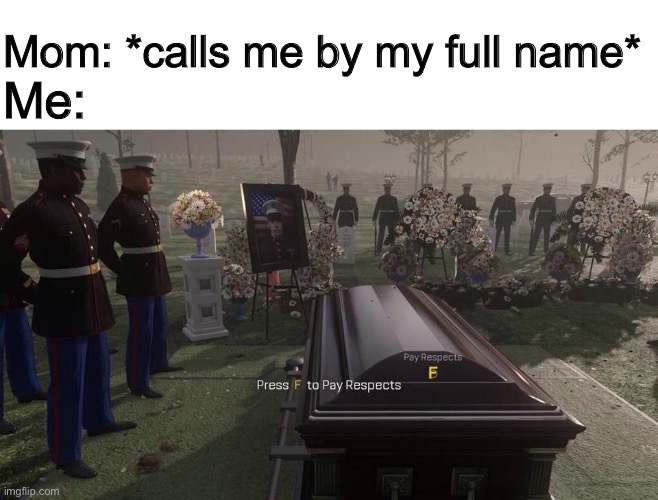 What's the origin of Press F to Pay Respects?

Call of Duty: Advanced Warfare was released on November 4th, 2014.

The second mission of the game involves the player attending the funeral of their best friend, who died in South Korea.

Upon approaching the coffin of the fallen soldier, the player is prompted with “press F to pay respects”.

How did Press F to Pay Respects spread?

The question was even attested by Conan O’Brien in his late-night show.

“Press F to pay respects” would develop into something completely different over time, as it the letter “f” would see frequent use in video game chats as well as Twitch as a way of expressing grief and sorrow after a failure.

➜ The 752 most popular memes