SlangLang » Memes » Nobody is Born Cool

Nobody is Born Cool

What does Nobody is Born Cool mean?

Nobody is born cool refers to a memorable quote from the children’s animated series The Grim Adventures of Billy & Mandy, where Hoss Delago shows a photograph of the only person born cool, Cliff Voorhees.

Online, the scene has been used as a four-panel exploitable image macro, replacing the photo with various personalities and characters. 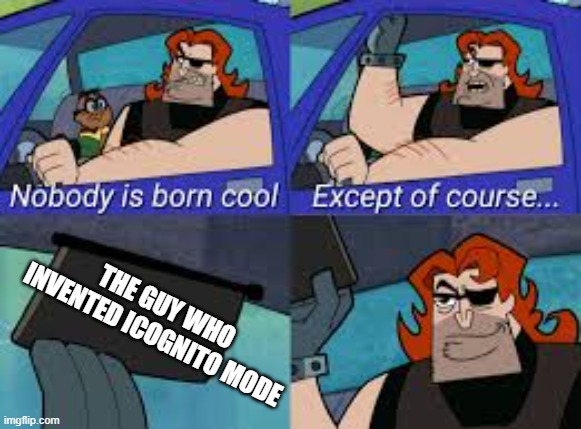 What's the origin of Nobody is Born Cool?

“Nobody is born cool” was featured in the Season 5 Episode 4 of The Grim Adventures of Billy & Mandy, which first aired in the United States on June 24th, 2005.

In one of the scenes, Hoss Delago is telling his backstory to Irwin, finishing his anecdotes with the phrase “Nobody is born cool… except of course” proceeding to show a photo of Cliff Voorhees, a background painter of the series.

How did Nobody is Born Cool spread?

“Nobody is born cool” became a popular meme on Facebook and Memedroid, initially among Spanish users.

An early example of the meme can be linked to Twitter user @Riserback, who shared it on the social media platform on April 23rd, 2016.

The first English version of the meme was shared on FunnyJunk on May 14th, 2016, by gidmp.

The format didn’t receive a large following until March 2019, when it exploded and was featured on various subreddits, as well as social media and meme sites, ranging from Facebook and Twitter to FunnyJunk and 9GAG.